I have a real soft spot for books about mice.

I’m sure it has something to do with how tiny they are – almost the perfect size for living in a doll’s house, and so somehow just right for ascribing human qualities to.

Obviously, ‘The Tale of Two Bad Mice’ was an absolute favourite of mine as a child, but even as an adult I still find myself drawn to any children’s book with a mouse on the front cover – ‘The Mouse and His Child’ and ‘Redwall’, though aimed at a slightly older audience, are two of my favourite finds in recent years.

‘The Wishing Star’ is the latest addition to my children’s book shelf, and one I look forward to sharing with the little people in my life.

Little Brown Mouse and Little Grey Mouse are the best of friends, and spend all their days together, doing the things that best friends do. They climb trees, and pick berries and have such a jolly time, each content in the others company.

‘I’m so lucky to have you as a friend,” said Little Grey Mouse.

One night, the two friends see a beautiful wishing star fall from the night’s sky and disappear into the nearby lake, and set off in their boat to find it. The night is full possibilities, with so many lovely things awaiting them, like untold adventures, and an unlimited mouse-sized pantry – but there is only one star, and both little mice want to make a wish. 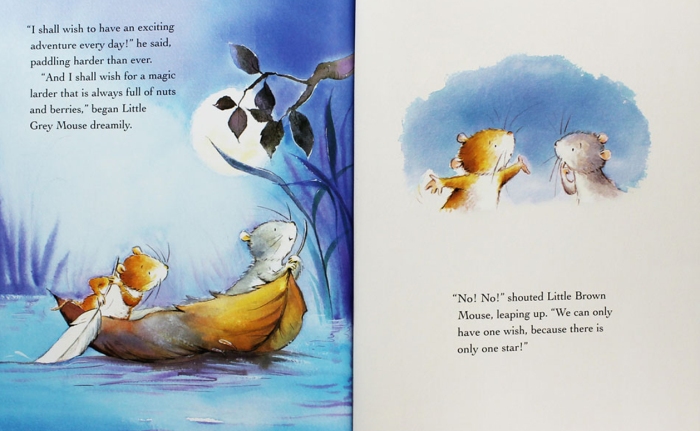 How will they decide who gets to choose the wish? And what happens if someone gets to the star before them?

‘The Wishing Star’ is a book about friendship, which carries with it important message of not letting little things get in the way of what really matters. Unlimited pantries and adventures forgotten, the two little mice realise that what really matters is that they have each other, and other friends they meet along the way, which is more than anyone could ever wish for.

This book would serve as a good bedtime read to share with younger children, with a good amount of dialogue allowing for adults to express their own creative flair by choosing voices for the various characters. It would also work well as an introduction to reading for those children who are setting off for school this autumn – the charming illustrations, and a simple, thoughtful storyline providing a perfect stepping stone to discover the joys of reading by yourself.

Yet another book I wish I had known about when I was a child. I’m absolutely thrilled to know there are more in the series – I just need to find the time to read them!

This is the first in a series of wonderful children’s books about a peaceful community of field mice who live within the quiet confines of Redwall Abbey. The brotherhood slumbers quietly on the edge of the Moss Wood, providing a place of humble solitude and unquestioned refuge for any who seek it. They live a simple wholesome life enjoying the good things nature has to offer – like goat’s milk, honey and nut brown ale. I feel warm inside just thinking about it.

Of course, it takes conflict to make a story, and so be prepared, once you open this book, for the lives of the Redwall mice to be thrown into turmoil. Not a day is given over to the lives within the Abbey before Cluny the Scourge, a vicious, one-eyed rodent, whose nightmarish existence is the stuff of legends, rolls in from the wild woods beyond the horizon. The noisome creature sets his sights on Redwall Abbey, determined to turn the warm stone walls into a fetid nesting ground for himself and his band of vile vagabonds. This is the beginning of an epic battle, the likes of which the peaceful brotherhood of Redwall has not seen for hundreds of years.

Our unlikely hero is a small, clumsy field mouse named Matthias, a new addition to the Abbey, who has a lot to learn about the complex history of his new home as he fights to defend its boundaries from Cluny’s deadly crew. It will take more than just the mice to defend the Abbey, but enlisting help from their neighbours is not as easy as just asking for it. The Moss Woods are rife with historical conflicts, and the mice, though peaceful, have a rather unsettling past. Beyond tribal feuds, though, are two evils more sinister than the sins of every benign entity combined, and only communal action can ensure that these dark presences do not forever disrupt the quiet equilibrium of the forest.

This book has a lot to offer to different readers. On one level it provides a fantastic amount of action for children’s literature – I was inadvertently clenching my teeth while reading about the battle between the mice and Cluny, and was filled with genuine terror at the idea of ‘old poison teeth’. On a personal level, though, I could have happily read all about the mice of Redwall without there being any kind of altercation. Redwall is the kind of community that one feeds on hearing about. Like the woodland animals in the Lion the Witch and the Wardrobe – specifically Mr and Mrs Badger – or any one of Beatrix Potter’s books. I am in love with the life that the mice live – it is so wholesome and wonderful; a simple, healthy life full of good things. The Abbey stands as a natural organ of the forest and the mice and the other creature that live within the walls keep it running like a well oiled bicycle – what more could I ask for in a book? A quiet life makes for content reading.

I was really taken by the complexity of Jacques’ characters. My personal favourite is Basil Stag Hare, whose ghost-like reflexes, mildly misquoted malapropisms and insatiable appetite are nothing short of genius. When it comes to characters that are also hares, Basil Stag is easily one of the most excellent I have ever come across*. He is joined by a whole host of unforgettable faces, Ambrose Spike the greedy hedgehog, Constance the formidable badger, and Warbeak, a sparrow who is much too big for her tiny, tiny boots.

Overall, I really enjoyed my first dip into the realms of Redwall Abbey. Jacques has crammed so much into this first book, and I have no doubt the rest will not disappoint. I would strongly recommend giving Redwall a try if you are a fan of young adult literature, tales of idyllic livelihoods interrupted, or anything containing anthropomorphic mice.

*This may sound oddly specific, but as a lifelong fan of Harriet’s Hare it is no mean feat

I hope you all had an amazing Christmas and New Year with your loved ones.

I know, I know, I suck! I’ve been really rubbish the last month and haven’t posted a single update!

The run up to Christmas was insanely busy, what with 12-week reviews, gift shopping, chest infections, and preparing for a long-haul flight (which, it turns out, makes me rather anxious), and I very much needed to take a little time off – I do hope you will forgive my radio silence!

In other news, we’ve just come back from an amazing few weeks in Hong Kong! 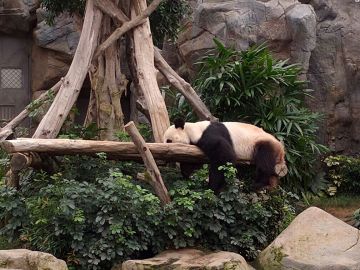 In my time away I drank Champagne in the highest bar in the world, got purposely elbowed in the face by a Chinese woman, fell over – twice, saw a real life giant panda, and ate more strange things than I would care to admit (sea cucumber is definitely an acquired taste).

But you didn’t come here to read about my festive antics, did you?

You’ll be pleased to hear that in my absence I surmounted quite the pile of books to review, so I’m going to have a very busy start to the new year. It’s a good thing I am feeling so wonderfully refreshed 🙂

I also returned to some very welcome packages from my good friends Prudence and the Crow! 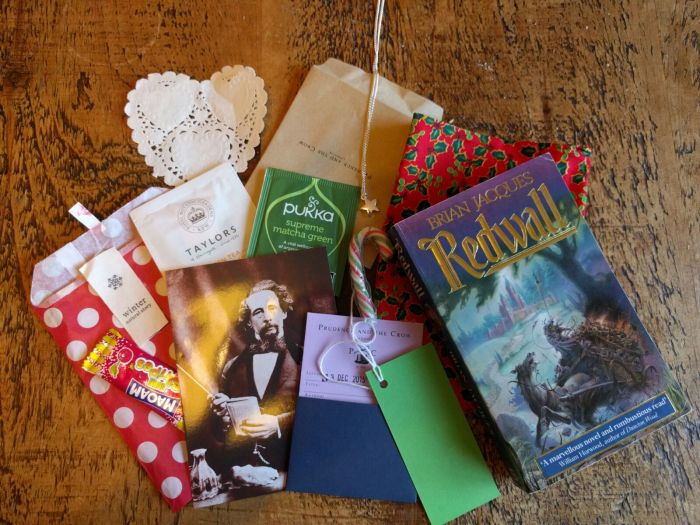 While I’m over the moon with both my books, I’ll be placing November’s choice on the bookshelf for now, purely because I reviewed all the Chronicles of Narnia not that long ago, but I can’t wait to get started on December’s choice:

It is the start of the Summer of the Late Rose. Redwall Abbey, the peaceful home of a community of mice slumbers in the warmth of a summer afternoon. The mice are busy preparing for the great Jubilee Feast.

Bust not for long. Cluny is coming! The evil one-eyed rat warlord is advancing with his battle-scarred mob. And Cluny wants Redwall.

Needless to say, I am thrilled with the prospect of another vintage children’s book to sink my teeth into – especially as it comes with a personal recommendation from Prudence. 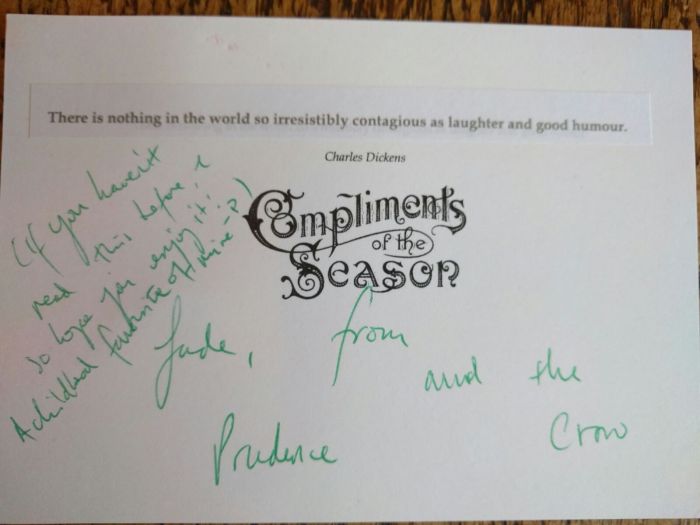 Here’s wishing you all the Happiest of New Years 🙂