In June 1816 on a rainy evening by Lake Geneva a young girl created a story about an enthusiastic young science student who developed a technique to bring life to non-living matter, with devastating consequences. The resulting novel, Frankenstein, or The Modern Prometheus, went on to become one of the greatest novels of the 19th century.

This year, to celebrate the 200th anniversary of Mary Shelley’s fateful trip to Geneva, Restless Books has released a brand new edition of the acclaimed novel, with a new introduction by Francine Prose and stunning original artwork by acclaimed Mexican artist Eko. 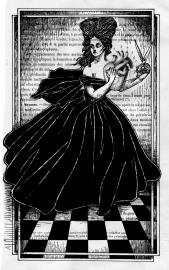 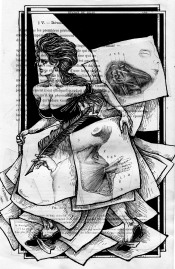 If your experience of Frankenstein so far is of the sallow-skinned, bolt-necked creature portrayed by Boris Karloff, there’s never been a better time to pick up the novel, and to check out the latest edition of E&T magazine, for a look at the potential for a modern-day Frankenstein’s monster.

Often referred to as the first example of true science fiction Shelley’sFrankenstein paved the way for a new generation of gothic horror, which tested the boundaries of formerly established conventions, and spawned countless cultural offspring, including several not-so-flattering Hollywood adaptions.

On-screen adaptations of Frankenstein have often hidden the true message of Shelley’s novel, in favour of depicting Victor Frankenstein as a mad scientist hell-bent on causing havoc by creating a monster. Indeed, amid the Hollywood-created visions of body parts preserved in jars and frantic cries of ‘It’s Alive!’ it’s easy to forget just how unique, and terrifying, the original tale really is.

In her insightful introduction, Prose paves the way into the depths of Mary Shelley’s original horror story, by recreating the journey which led to the birth of one of history’s greatest monsters. It began with a journey to Geneva with friends, and the simple challenge of writing a supernatural tale.

Shelley sought to create a story “which would speak to the mysterious fears of our nature and awaked thrilling horror – one to make the reader dread to look round, to curdle the blood, and quicken the beatings of the heart…” and after many days of fretful searching, she found her monster, in a dream.

The vision of Victor Frankenstein, working on his fabled monster, came to her one night, in the form of a hideous waking nightmare, in which was saw “the hideous phantasm of a man stretched out, and then, on the working of some powerful engine, show signs of life and stir with an uneasy, half-vital motion.”

“What terrified me would terrify others; and I need only describe the spectre which had haunted my midnight pillow.”

So was born the figure of Frankenstein’s monster, a creature that would go on to plague the nightmares of countless children throughout history, immortalised in a novel so ground-breaking that it has never, in 200 years, been taken out of print.

Mary Shelley’s work was innovative both in content, and in prose, with a complex structure of multiple narratives, spoken by multiple narrators. While at first glance the story speaks unspeakable horrors, at its heart is a rich network of very human fears, interlaced with dark and ominous warnings from the author.

The new anniversary edition of Frankenstein is a beautiful example of remaking a novel for the 21st century. While remaining true to the spirit of Frankenstein, this new edition strives to introduce the novel a general audience, with an intriguing new introduction, and stunning artworks that look as though they may have been torn from the dormitory walls of the true Victor Frankenstein.

This review was first published on WordPress for E&T magazine.