A long weekend is the perfect excuse for a leisurely Saturday. Today we headed into town for a spot of lunch and a wander around market, and I just couldn’t resist slipping into the Oxfam bookshop on Sidney Street.

After treating myself to a few new books last week, I promised myself I wouldn’t buy anything. I reasoned that I would only go in for a look, just to be around the books for a bit and soak up that great used-book smell. After spending a few idle moments perusing the classic texts I stumbled upon the collectables – truth be told, I was looking for the children’s section, but it seems they’ve rearranged the place since my last visit.

Nestled in amongst some dusty hardbacks by authors whose names I’d never heard, and ancient cook books the likes of which might have graced my Grandfather’s kitchen shelves, I found a well-loved volume of children’s stories.

I love old children’s books. Our sitting room contains a bookshelf dedicated to children’s literature, where all the old fables and fairytales I was given as a child sit amongst Sebastian’s French Tin Tin comics and several tatty picture books by Hungarian photographer Ylla. 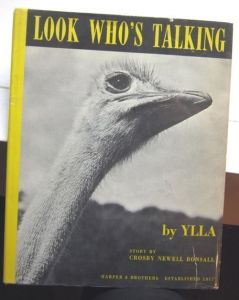 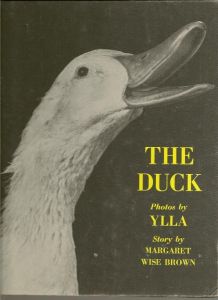 I knew I wanted to add this one to my collection before I had even taken it off the shelf. I’ve never read a Japanese fairy tale, and was interested to see how they would compare to my childhood favourites by Hans Christian Andersen. A quick glimpse inside the book let me know I was making the right choice.

I’ve never managed to pick up an old book with an inscription without buying it. There is something so beautiful about an inscription, as though it gives the book a story of its very own. Questions about the previous owner immediately started entering my mind. Were they a little boy, or a little girl? Why was Daddy gifting the book alone? Are they the only previous owner?

After trying, and failing, to strike up a conversation with the gentleman behind the till by informing him, somewhat excitedly, that there was an inscription in the book, I wandered home with my loot.

I spent the afternoon sat out sunshine getting to know my new friend, running my fingers lovingly over the pages to feel the indentations left by the old printing presses, and reading the first tale ‘The Daughter of the Moon’ – a charming story about a bamboo cutter who adopts a beautiful fairy.

As much as I liked the first tale, the thing that got me really excited about this book was the illustrations. There is the occasional printed colour plate often found in children’s books from the early 20th century, but there are also images included in the text that have been coloured in by hand.

Towards the front of the book the pictures have been filled in delicately, with something resembling watercolour paints (above left). I had a look at other editions of the books online, and the images were definitely in no more than black ink when the book was first published. They must have been coloured in by one of the previous owners – was it the child who first received the book from ‘Daddy’ in 1930?

As I got further into the book I noticed that the images were no longer coloured with paint, but instead with coloured pencils, and the signature scratch of a much younger child (above right).

Without knowing anything about the previous owners, I can’t know for sure who coloured the pictures in, but this makes it all the more exciting. This book has its own mystery; a secret story told only in marks left behind by the ghosts of the past. If the first owner of the book did contribute to the coloured in images, and I like to think that they did, I do hope ‘Daddy’ wasn’t too cross.