Skip to content
HomePayday splurge! Bookish treats to get me though April

“Anyone who lives within their means suffers from a lack of imagination.” ― Oscar Wilde

It’s the end of the month, which means it’s finally time to treat myself after a few penniless weeks. Check out my haul! 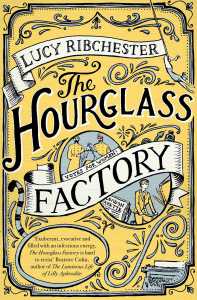 The suffragette movement is reaching fever pitch but for broke Fleet Street tomboy Frankie George, just getting by in the cut-throat world of newspapers is hard enough. Sent to interview trapeze artist Ebony Diamond, Frankie finds herself fascinated by the tightly laced acrobat and follows her across London to a Mayfair corset shop that hides more than one dark secret.

Then Ebony Diamond mysteriously disappears in the middle of a performance, and Frankie is drawn into a world of tricks, society columnists, corset fetishists, suffragettes and circus freaks. How did Ebony vanish, who was she afraid of, and what goes on behind the doors of the mysterious Hourglass Factory?

From the newsrooms of Fleet Street to the drawing rooms of high society, the missing Ebony Diamond leads Frankie to the trail of a murderous villain with a plot more deadly than anyone could have imagined… 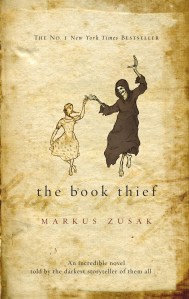 1939. Nazi Germany. The country is holding its breath. Death has never been busier.

Liesel, a nine-year-old girl, is living with a foster family on Himmel Street. Her parents have been taken away to a concentration camp. Liesel steals books. This is her story and the story of the inhabitants of her street when the bombs begin to fall.

It’s a small story, about:
a girl
an accordionist
some fanatical Germans
a Jewish fist fighter
and quite a lot of thievery.

The House at the End of Hope Street – Menna Van Praag 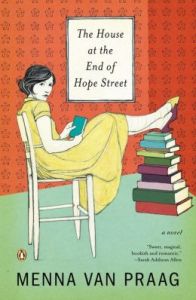 When Alba Ashby, the youngest Ph.D. student at Cambridge University, suffers the Worst Event of Her Life, she finds herself at the door of 11 Hope Street. There, a beautiful older woman named Peggy invites Alba to stay on the house’s unusual conditions: she’ll have ninety-nine nights, and no more, to turn her life around.

Once inside, Alba discovers that 11 Hope Street is no ordinary house. Past residents include Virginia Woolf, Dorothy Parker, and Agatha Christie, who all stayed there at hopeless times in their lives and who still hang around – quite literally – in talking portraits on the walls. With their help Alba begins to piece her life back together and embarks on a journey that may save her life. 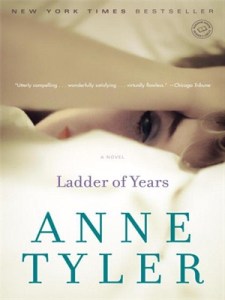 Forty-year-old Delia Grinstead is last seen strolling down the Delaware shore, wearing nothing more than a bathing suit and carrying a beach tote with five hundred dollars tucked inside.

To her husband and three almost-grown children, she has vanished without trace or reason. But for Delia, who feels like a tiny gnat buzzing around her family’s edges, “walking away from it all” is not a premeditated act, but an impulse that will lead her into a new, exciting, and unimagined life…

Did you treat yourself to any literary goodies this payday?

4 thoughts on “Payday splurge! Bookish treats to get me though April”