Who Touched Based in my Thought Shower? A Treasury of Unbearable Office Jargon ― Steven Poole 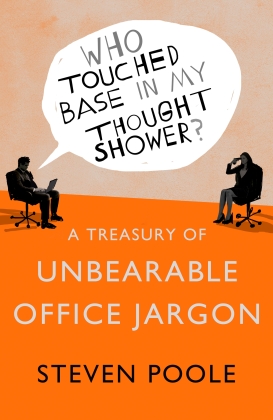 The ability, or rather desire, to speak clearly seems to have decreased substantially in recent years. Office jargon emerged across the UK and the USA in the late 20th century, but it has grown more meaningless and, frankly, perverse as time has progressed.

Author, journalist and cultural critic Steven Poole attempts to chase the roots of some of the more common and obscure examples of modern day office jargon in Who touched base in my thought shower?. Poole gives examples of office jargon ranging from “across the piece” to “zerotasking”, giving hilarious literal deconstructions, before exploring the origin and development of each phrase.

The book appeals for individuals to simply say what they mean, rather than subjecting workers to the horrors of jargon, which he refers to as one of the most “spirit sapping indignities of modern life”. There is nothing more frustrating than obscuring meaning through the use of meaningless terminology, which presents itself as “a kind of cheap competence that often marks a lack of competence in anything that matters”.

Poole writes of how he became extremely popular upon first writing about jargon for the Guardian in 2013. Commenters on the Guardian website’s network related to Poole’s fury by saying that office jargon made them want to “stab someone in the eye with a pen”, and even admitting to engaging in “Bullshit bingo” during meetings, by picking out how many times bosses used ridiculous terms.

Nowadays jargon is extensively used within the workplace and by those in the public sphere, and has proved particularly popular among politicians. Poole points out that Margaret Thatcher was one of the few politicians who refused to use jargon, referring to it as “all this guffy stuff”.

Speaking about his book on Radio 4’s Today programme, Poole emphasised that office jargon often has far more sinister undertones than just being annoying, and is frequently used by bosses in an attempt to obscure what is actually going on. Examples include referring to the need for staff cutbacks as “resizing” the company, rather than simply saying that people will be laid off – resizing would never be used if a company was being expanded.

Poole’s message is on the importance of clarity of communication. In a world where offices and organisations are increasingly interacting with people for whom English is not a first language, it is important, now more than ever before, to communicate clearly and without all the ‘guff’ that office jargon encompasses. Meaning is so easily lost when tied up within jargon, if indeed a meaning ever existed in the first place. To give a famous example, Kevin Rudd told an interviewer back in 2008 when asked a question about Asian security “I’ll reverse engineer and start at the third and move back to the first”. Frankly, your guess is as good as mine – and presumably his.

Poole’s concise jargon dictionary is a hilarious look at modern office jargon and the perceived need to obscure all meaning. A phrase which stands out as perhaps the most memorable: “As the astronaut Jack Swigert famously said during the near catastrophic Apollo 13 mission: “Houston, we have a solution opportunity”, because of course, it would be wrong to ever admit to there being a problem.

This review was first published in Global: the international briefing

There are two sides to every story 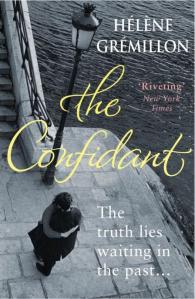 Another truly beautiful piece of literature to add to my read list. ‘The Confidant’ was given to me by my partners godparents as a Christmas present last year, and sadly ended up hidden in the bottom of a box until a few weeks ago, one of the downsides of having moved house and never fully unpacked. Having just read and thoroughly enjoyed ‘The Elegance of the Hedgehog’ I was excited at the prospect of getting started on another piece of French literature, and potentially giving myself a nice topic of conversation for our next family dinner.

‘The truth lies hidden in the past’ is such a fitting tagline for this novel. Grémillon draws the reader into the depths of a long hidden secret, of longing, forbidden love, betrayal, and revenge. The novel achieves an almost perfect blend of historical narration, thrilling suspense and harsh reality, the result of which is truly stunning.

It is 1975, and in her apartment in Paris, Camille receives an anonymous letter, a letter narrating the lives individuals seemingly unrelated to Camille, surely the letter has been sent to her by mistake? The anonymous letters continue to fill the post box of Camille’s Paris flat, and a long hidden secret begins to unravel before her very eyes. As the story unfolds Camille becomes desperate to discover the source of the letters, before finally succumbing to the realisation that it is her own story which is being told. The story of pre war France, a young boy in love, a young girl eager to please, and a rich and lonely madame is inextricably linked to Camille’s unlikely friendship with the concierge of her apartment building, the recent death of her mother, and the future of her unborn child.

What struck me about this book was the profound effect it has on my emotions. As the secret unraveled I found myself taken on an emotional journey of empathy and hatred of Annie, and simultaneous hatred, and empathy for Madame M. There are two sides to every story, and Grémillon highlights this so perfectly, by the end of the novel I felt as though neither character did anything wrong. Their actions were inevitable, driven by emotion and instinct.

The story presents a fierce, raw examination of women, coupling motherhood and feminism with love, passion, and desire. In this respect there was one theme in particular that struck a chord with me, and that is Grémillon’s unrestrained examination of infertility.

Madame M’s yearning to have a baby is spoken of at length throughout the novel, and I find the way in which her desires are portrayed incredibly moving. The world around M seems almost super fertile, numerous women in Paris are falling pregnant, and the newspapers are awash with stories crying for the need for more babies:

‘Have more Children! Have more children, France must make up for her losses in 1914’.

M is described as going to all lengths to sure her infertility, even physically injuring herself in a desperate hope that someday she will discover a solution. She describes her constant consumption of an aphrodisiac made from wine and spices,  resorting even to bathing in the concoction to the point where:

‘Over time my skin acquired a spicy scent that disgusted me’

Gremillon delves further into the realms of M’s depression, describing at length her dismay at her sudden transformation into ‘the infertile woman’. What I think is the most striking description of this comes during a dinner with her Husbands family, his grandmother makes an announcement that someone at the table is with child, and the guests begin to guess who it could be:

‘Every name except Granny’s and my own. Because it was no longer possible for her, and for me, it never had been.’

This seems to be time when M finally succumbs to the fact that she will forever be the elephant in the room, the person whom everyone must be careful around, who is looked upon with pity. I found reading the following passage quite emotional, my heart goes out to anyone, who is ever made to feel this way:

‘Suddenly her eyes met mine and she looked away at once, her broad radiant smile frozen on her face, and a moment of awkwardness spread round the table. Silence. The game had yielded to the weight of reality, my reality. At that moment I realised I had become ‘the infertile woman’ in the family, the one whose presence absolutely precluded any displays of joy , the one who was so unfortunate that the happiness of others could prove fatal. My shame was confirmed

M’s story touched on something I feel is shied away from far too often: the unspoken ‘shame’ that is placed upon infertile woman. I found myself asking why? Why is being infertile considered something to be embarrassed about? The following quote was taken from a comment on a feministphilosophers blog post ‘On Becoming Infertile – Part 1’:

‘I feel like I’ve often been treated like a faulty baby machine rather than a person. The guilt, the shame, the sense of failure, the indignation and the grief have all been a lot to deal with’ (Commenter: L Stokes).

The idea that anyone should be made to feel this way is incredibly sad. M’s story took place in the early 20th century, and this is an issue that is still felt today. I very much admire Grémillon for approaching the subject.

There is so much more I could say about this book, so many themes which could be explored, but I feel I have written enough for now. For anyone reading this who has not, I would urge you to read the book, it is a beautifully written, thought provoking read. You will not be disappointed as you read the final page, and see the secret of fully unraveled and laying before you in its entirety. The novel is captivating to read and satisfying to have read.

When I finished ‘The Confidant’ I felt the indescribable mix of sadness and fulfillment which accompanies the completion of a really fantastic novel.