Skip to content
Home‘Science Fiction by Scientists: An Anthology of Short Stories’ edited by Michael Brotherton

Science and science fiction may seem like two sides of the same coin, but much of the genre gracing bookshelves and cinemas today is actually missing an integral piece of the puzzle – the ‘science’. 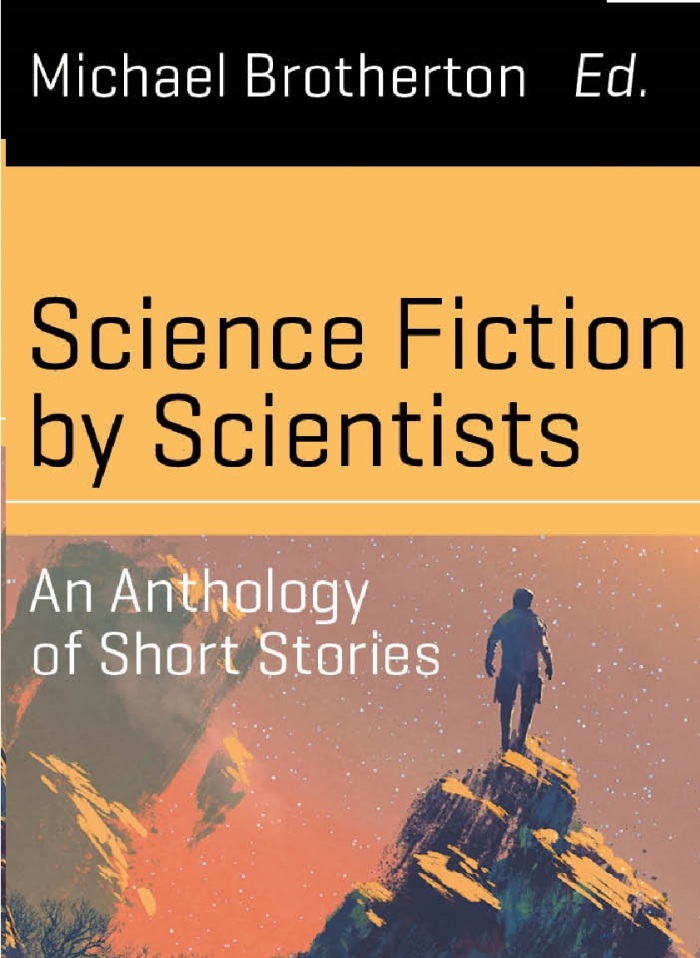 Without science, says Michael Brotherton, sci-fi is little more than a western set in space, or a fantasy set in the future. As a lover of all things scientific and a trained astrophysicist, Brotherton characterises science fiction as providing a glimpse into amazing futures not outside the realms of possibility, or terrible and grotesque scenarios that we should try to avoid.

It may not surprise you to learn that many renowned sci-fi authors were trained in science – Isaac Asimov had a PhD in biochemistry, and Arthur C Clarke was known for his essays on space travel. Perhaps it is the accuracy, or indeed the believability of their fiction, the notion that these situations are not outside the realms of possibility, that makes their work so profound.

As editor of ‘Science Fiction by Scientists’, Brotherton introduces the latest generation of science-trained sci-fi writers, among them current researchers pursuing a love of fiction on the side, retired experts, or those who have set aside prosperous careers to write full time.

In ‘Down and Out’ by Ken Wharton, the reader meets Ogby, a strange, spiderlike creature living within the nutrient-rich oceans of a mysterious, ice-​encrusted land, with odd perceptions of gravity, sinking to the bottom of her habitat by filling one of her many gaseous bladders with air.

In ‘Supernova Rhythm’, Andrew Fraknoi writes of an optimistic young research scientist who discovers a strange pattern of exploding stars in galaxy NGC 6946, and so finds that there may be life forms billions of years ahead of us developmentally, whose actions we cannot possibly understand.

Alongside tales of obscure lands, terrifying futures and pending zombie apocalypses, the authors have taken time to explain a little of the science behind the sci-fi, unveiling origins of the tales and shedding some light on their motivation. In this way, we learn that Obgy is an alien lifeform from Europa, the ice moon of Jupiter, who scuttles upside-down upon the layers of ice enclosing the moon’s subterranean ocean; that a new musical piece created by a group of astronomers uses notes supplied by supernovae in far-off galaxies and that future scientists could theoretically sequence the DNA of hundreds of species of animals to be contained, and later deployed, within a single piece of fruit.

‘Science Fiction by Scientists’ is an interesting and intriguing anthology of short stories, which is sure to set the reader’s mind in motion a little better than the average collection of sci-fi shorts. Leisure is combined with learning to leave not just a sense of wonder and amusement, but also the desire to find out a little more about each author’s particular field.

For those interested in exploring further, a more challenging read comes in the form of ‘Murder on the Einstein Express and Other Stories’, also from Springer. This short anthology by assistant professor in mathematics and physics Harun Šiljak, touches on the realms of the theoretical, physical and computational to create obscure tales, including an Alice in Wonderland-type adventure set within the realms of mathematical analysis.