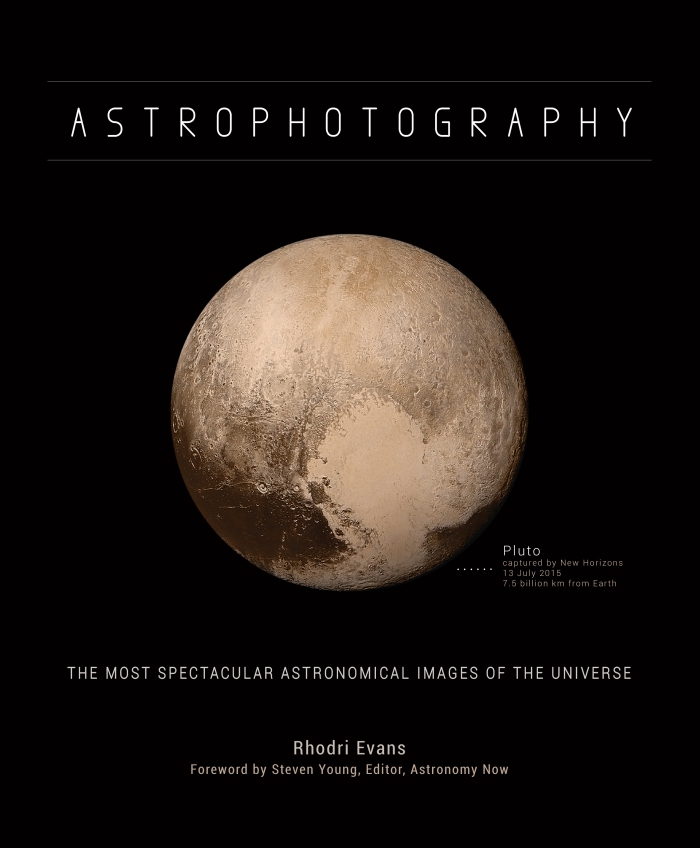 For millennia people have been fascinated by the stars, looking up to the sky at night to search for answers, look for peace, and predict the future. As human beings we often forget our place within the wider universe, and nothing will better remind you of your relative unimportance than looking up at the night sky. It is worth noting however, that the stars above us, while intoxicating to view outside of the city lights, are just a small snippet of world outside our atmosphere. Astrophotography by Rhodri Evans serves as homage to the beauty of the space beyond our atmosphere, presenting some of the most breath-taking astral photos ever taken.

We begin with a reminder of the insignificance of our tiny home planet. Important, because it’s our home, because it is the only known place that possesses life and yet it barely registers as a miniscule blip on the radar when it comes to the wider universe. The billions upon billions of galaxies that exist beyond us got to show just how tiny we really are. This photo, taken from 6 billion kilometres away, sums up everything you have ever known, everyone that you have ever and will ever know, and the whole of human history in less than a pixel in a camera’s array. Do you feel small yet?

Part one of this pictorial tour through outer space stays close to home with a summary of our solar system. From our closest neighbour, the moon, round the sun and past the seven other planetary bodies that all call the solar system home, stopping along the way to look at neighbouring moons, and the satellites, shuttles and space craft that made this book possible. Those of you who can remember the golden years between 1930 and 2006 will no doubt rejoice at the inclusion of everyone’s favourite non-planet, Pluto, who was devastatingly demoted to dwarf planet status just ten years ago.

With each sequential part of the book, Evan travels further into outer space stopping next at the Milky Way, and all those that call the deliciously named galaxy home. The book explores the likes of the Orion Nebula, the Pillars of Creation, and, at the very centre, an elusive super massive black hole. A little further out takes us to the local group, the ‘neighbourhood’ of galaxies of which the Milky Way is part. Enter Andromeda, the large and small Magellanic Clouds, and the distant Pinwheel Galaxy. Further still and we reach the outer galaxies that lie in our immediate neighbourhood – galaxies of many shapes and sizes, distinct from the two spiral galaxies that dominate our local group. Some located 100 of millions light years away, these galaxies take the largest telescopes to explore.

The last stop on our astronomical tour takes us to the every edge of the universe. At which point we are, quite literally, looking back in time. The light from the far reaches of the universe has taken so long, some up to 13 billion years, to reach our tiny earthborn telescopes that we are viewing the stars as they appeared at just a few hundred million years old.

This book is not merely a stunning collection of photographs of the enormous cosmos of which we are just a tiny part, it is a homage to the astronomers, the physicists, and the multiple probes, spacecraft and satellites that are forever pushing further into the realms of unknown. Leaving no astrological stone unturned, from Europa, the ice moon of Jupiter, to the distant Sea Horse Nebula, Evan’s presents the most breath-taking astrophotography available, alongside the physics of the object itself, and the photo encapsulated in the book. Astrophotography interlaces hard science alongside stunning photography to give the reader a glimpse of the science behind the photo.

This review was first published on WordPress for E&T magazine