Skip to content
Home“It is easier to forgive an enemy than to forgive a friend.” ― William Blake

Keep your friends close, but your enemies closer. 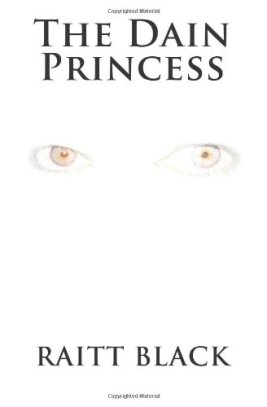 Raitt Black was raised in New England, where he developed a love of literature. He tells me “I grew up reading books of all kinds”, before revealing that his favourites are “fantasy, science fiction, and horror”. Black first discovered a love of writing while in elementary school and it became a passion that he continued to feed as he progressed through high school. After studying for a BA in communications and relocating to the warm beaches of California, where he was to meet his future wife, Black began work on his first novel. He describes his writing as primarily fantasy with elements of mystery, love and horror. His debut novel, The Dain Princess, was released in 2013.

The Dain Princess introduces the reader to Lyhnzi Kole Dain, the only living heir to the fictional Innbern Kingdom. A colourful and feisty young girl, Lyhnzi spends her days training for battle with the castle guards and creating mischief with the hired help. Despite her comfortable existence, Lyhnzi yearns for adventure. When the opportunity arises to leave her home of Matraigh and stay with family on the coast she jumps at the opportunity, completely unsuspecting of the terrifying fate that awaits her. In the story that follows, Lyhnzi finds her understanding of good and evil challenged as she realises that those that she thinks of as friends or foes may not be all they seem.

This novel would suit a young adult audience – while I enjoyed the story, I’m sure I would have appreciated it even more if I were a few years younger.

Certain aspects of The Dain Princess reminded me of Philip Pullman’s Dark Materials, a comparison I’m sure I’m not alone in making. Lyhnzi is rather like Pullman’s Lyra – the girls share similar backgrounds and the same strong, stubborn character, but the similarities do not end here. Lyhnzi is an only child who rarely sees her father, and spends her days rattling around in an enormous castle, sneaking through hidden passageways and causing havoc with the children employed in the kitchens. A section quite early on in the book in particular reminded me of a scene in The Northern Lights, in which Lyra is made to have her knees washed before dinner, and then sneaks out onto the roofs of the college:

“Tris, this afternoon’s tutor, insisted she be clean for her lessons, and that she wear a dress. The pants and shirt she wore to train with the guards were not ladylike, according to Tris. Lyhnzi quickly washed and dressed. She went to the door and pressed her ear against it. Not a sound came from the other side. The guards were still there, she was sure of it, and they would only wait a few more moments. It was time to make her escape.”

The universe of The Dain Princess appears very similar to and yet considerably behind that of our own world, with armoured guards, gilded tapestries, cities enclosed within castle walls and travel by horse and cart, as if stuck within the realm of medieval Britain. It takes some time before elements of fantasy work their way into the text and I think this works really well. In Black’s world, the fantastic walk among everyday people rather than exist in an entirely alternate enchanted world.

Elements of horror within the story further add to the fantasy realm of the novel. Black creates new and obscure creatures, and ominous presences which lurk in the forest where the children are camping. The dangers of the forests are first revealed to the children, much like in a horror film, by an uneducated local man, who, without going into detail, suggests they sleep with one eye open:

“‘Some men hunt over there, come back in day. In light, it’s normal. Animals run, birds chirp, but in dark,’ he shook his head and shivered. ‘Most nights is quiet, silent. What should be, don’t. No crickets or nothing. Every sometime it’s like screams, only west of river. I’d sleep awake if I was.’”

As the story progresses the children learn of some of the horrors lurking in the trees. One creature in particular stays hidden just out of sight throughout the majority of their journey, quietly stalking the children by day, and emerging at night with a signature blood curdling scream. With the creatures kept at bay only by the light of the fire, the children find themselves coming closer and closer to the burning red eyes of the creatures of their nightmares.

The Dain Princess has many elements of a classic coming of age novel. As with much young adult fiction, the reader grows with the characters. Encompassed within this is the theme of trust, which runs throughout the novel. The characters are forever asking one another “why should I trust you?”, and having their whole understanding of trust completely redefined. Those who seem the most trustworthy in the traditional sense, those Lyhnzi has grown up with and those who swear to protect her, may have ulterior motives in mind, whereas the most unlikely characters become the most genuine. The reader finds themselves following Lyhnzi on her journey of self discovery and she grows from a teenager into a woman, learning to ignore traditional stereotypes and have confidence in her own instincts.

The story does have a few editing issues. However, I think that with self-published novels this is somewhat inevitable, and while a professional editor’s eye would undoubtedly improve the novel I don’t feel that the issues dramatically detract from its merits. There are also a few characters whose stories I don’t feel are properly concluded at the end of the book. The reader may find themselves with a few questions left hanging in the air.

On the whole I found The Dain Princess to be an engaging and fun read. Black’s work contains elements of horror, mystery and fantasy, which when combined make for a well structured and entertaining novel. I would recommend this book to young adult readers, and those who have read and enjoyed the work of Philip Pullman and other fantasy novelists.

Many thanks to Raitt Black for providing me with a free review copy of The Dain Princess.