Skip to content
Home“It is quite possible–overwhelmingly probable, one might guess–that we will always learn more about human life and personality from novels than from scientific psychology” – Noam Chomsky

The making of a very thoughtful evening 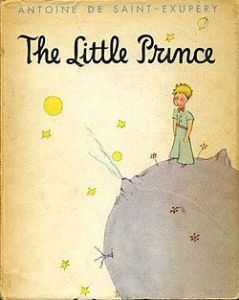 First published in 1943 this sweet little novella is the most famous work of Antoine De Saint-Exupéry, and has been translated more time than any other book in the French language.

This is another book I found nestled cosily amongst our bookcases one evening. It’s a tiny little thing so I decided to spend the evening getting to know the Little Prince hidden within it’s pages a bit better.

The Little Prince seems at first to be written for children, but there is a very obvious philosophical message behind the story. I feel that on this level the story has appeal to both children and adults, anyone sat reading this book with a child on their knee is sure to enjoy it just as much as the little one.

Saint-Exupéry tells the story of a very thoughtful chap, who as a child learned only to draw boa constrictors from the inside and outside, and was terribly upset to find no one else fully appreciates his artwork. 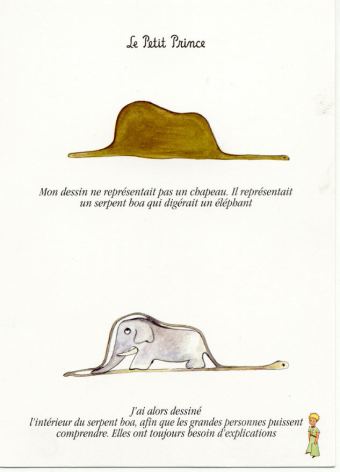 As an adult the voice of the story becomes stranded in the desert, and makes an unlikely friend. Someone who finally understands his drawings of so long ago – ‘the Little Prince’.

This charming little story traces the tale the Little Prince has to tell, of his travels across the universe, before finding his way to earth, and to our humble narrator.

Behind Saint-Exupéry’s dear little story, there is an allegory of the human condition. The inhabitants of these planets are so preoccupied with the things that seem so strange to this innocent little mind. Not one of the people the Little Prince encounters is able to make a valid argument for the importance of his work. While the Little Prince cares only for doing what makes him happy, about asking questions, and caring for his possessions back on his own planet, including the love of his life -a beautiful rose.

Overall I found The Little Prince to be quite a satisfying read. It’s a short book, and can easily be enjoyed all in one go; in fact I found that once I started to read it I didn’t want to stop until it was finished. The book appeals to me on a many levels, I think it is a lovely little story for children ― I also think a fair few adults will enjoy the story for what it is ― but I also really enjoyed the allegorical side of the tale.